After finding out about the many benefits that these little sprouted seeds offer, we assure you that you won’t be able to resist adding these leguminous plants to your daily nutrition.

Alfalfa is considered a herb by the way of usage but in fact, it is a legume. This legume is a native of the Central & South Asian agriculture. With a long and proud history of medicinal use in native civilizations, Alfalfa can be consumed in myriad ways from dried leaves that can be powdered to seeds that can be sprouted. The scientific name for Alfalfa is Medicago sativa while more commonly it is known as Lucerne in many parts of the world. 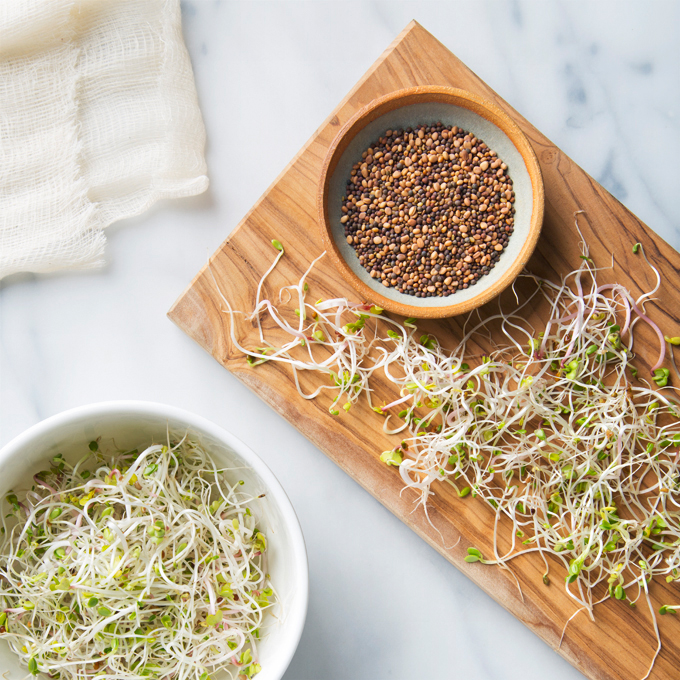 Shop Jonathan Sprouts in a Store Near You

One benefit of alfalfa sprouts that helps make the legume relevant to many more chronic diseases is its well-proven antioxidant activity. Consuming alfalfa sprouts over time is touted to reduce the number of free radicals in the body and thus providing long term benefits in terms of decreasing the inflammation. Many chronic diseases have been found to have a positive correlation with chronic and long-term inflammation. Therefore, reducing free radicals and hence inflammation can in theory be beneficial for preventing diseases like Alzheimer’s, Parkinson’s, cancer, diabetes and heart disease. 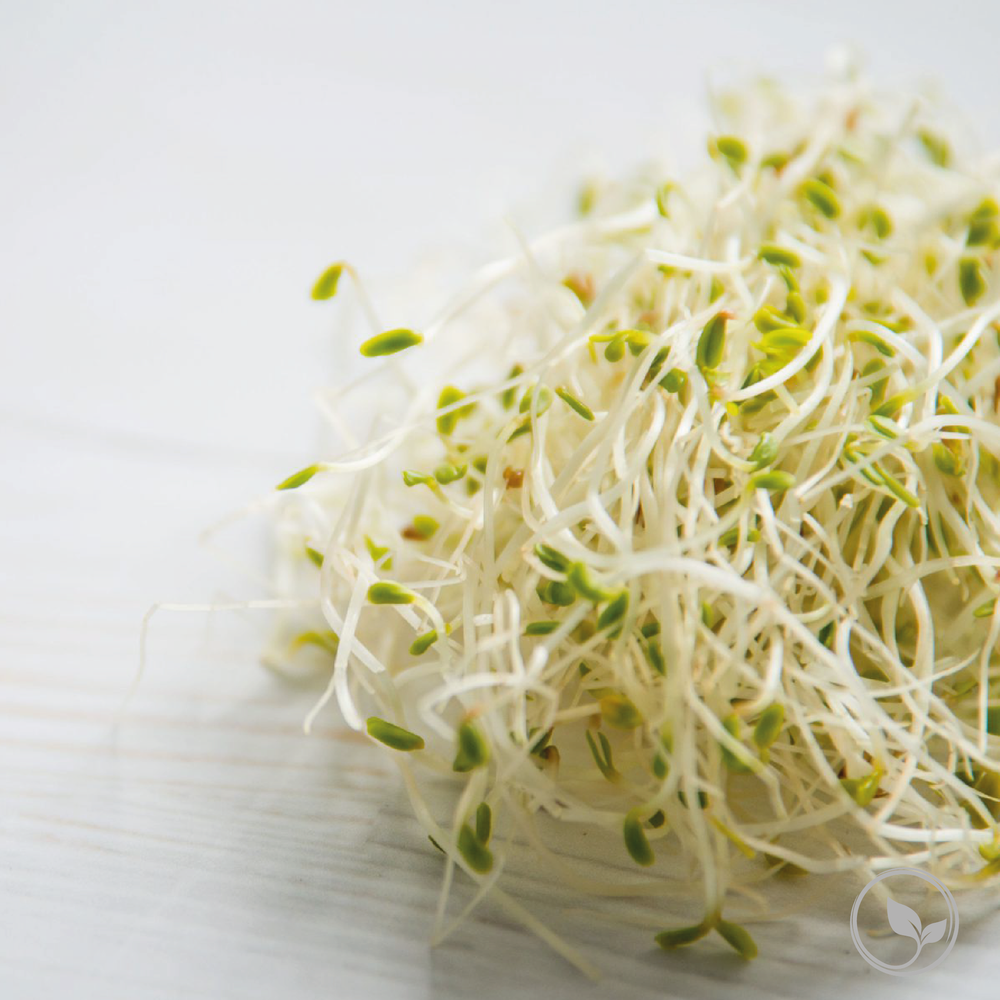 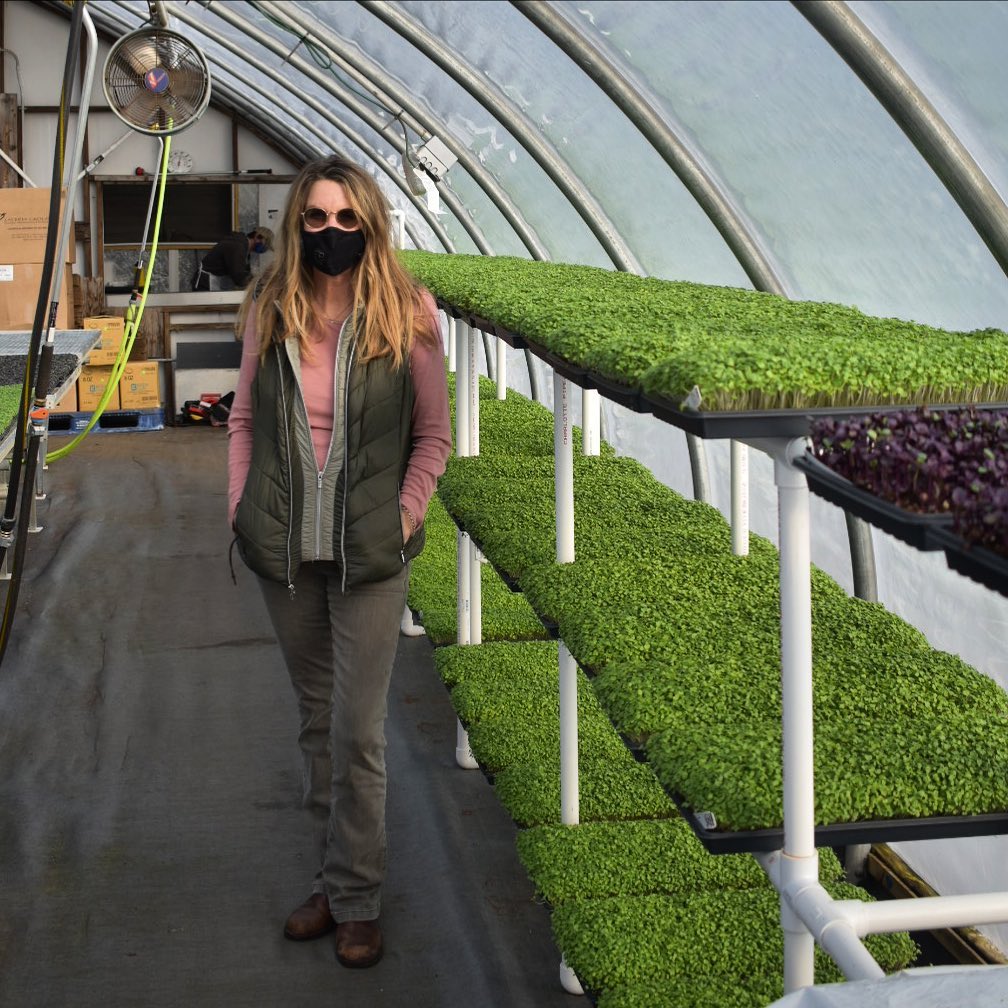 The abundance of phytonutrients in the alfalfa sprouts has brought to light yet another benefit which can help the menopausal women. Menopause is a testing time for a lot of women due to massive changes in the hormonal profile of a post-middle-aged woman. Consuming some amounts of alfalfa sprouts can be beneficial to reducing hot flashes, promoting improved sleep quality, and reducing night sweats in menopausal women. In a pioneering study conducted on 30 women almost 2 decades earlier, it was found that alfalfa extract entirely removed hot flashes both in the day and the night.

Although the area is still new in terms of research, phytoestrogens have been controversial in terms of their overall benefit which we will see later in the last section ‘Risks of Alfalfa sprouts’. During menopause, oestrogen (estrogen in US) production decreases in the body. Consuming phytoestrogens through alfalfa sprouts can help increase oestrogen which also can reduce the deposition of fat. This is because oestrogen is produced by fat cells when reproductive organs stop producing it.

Alfalfa is a natural diuretic. Diuretics are sometimes called water pills because they trigger an increased excretion of water and salts. This also releases sodium in the urine. Diuretic action has been known to help in clearing uric acid (kidney stones) that can get developed in some people and can cause enormous pain.

Alfalfa sprouts have been proven highly beneficial for lowering one’s ‘bad’ or LDL cholesterol. One of the first studies conducted in Europe in the 1990s over a 6-week period found that the average reduction in LDL cholesterol was by 16.6% while at the same time, the ‘good’ or HDL cholesterol spiked up by 11.2%. Another study conducted in 2016 on a group of 15 people gave similar results with bad cholesterol reducing by 18%.

The reason alfalfa sprouts are able to trigger such a response from the body is because of the high content of saponins found in them. Saponins are known to bind with the cholesterol through the bile.